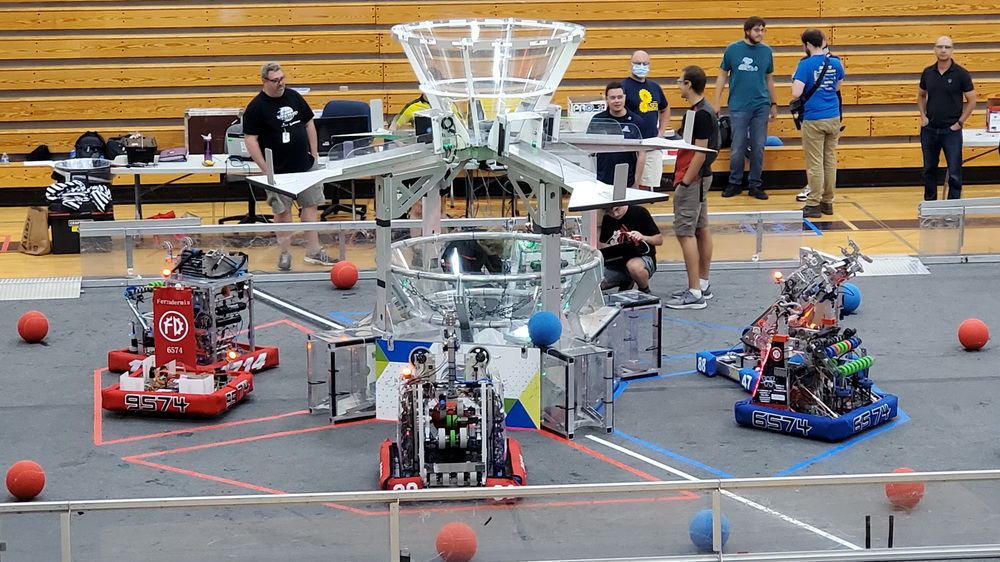 Members of Ferradermis, Whitewater High School's FIRST Robotics Competition Team #6574, entered two robots into the Laser Lights Off-Season Competition at Kettle Moraine High School on Saturday, June 25. Since each robot needs a unique number on the field, the second bot was able to operate as #9574. The team has been hoping to construct a swerve drive robot for several years, and that dream finally became a reality this summer. Swerve drive is a system where all four wheels operate independently, allowing the robot to glide in any direction. Saturday's version was a defense-only bot, entered to allow students to gain some driving experience, but the team has plans to add offensive capabilities in the next few weeks in order to enter both bots in upcoming summer competitions in Manitowoc and Mukwonago.