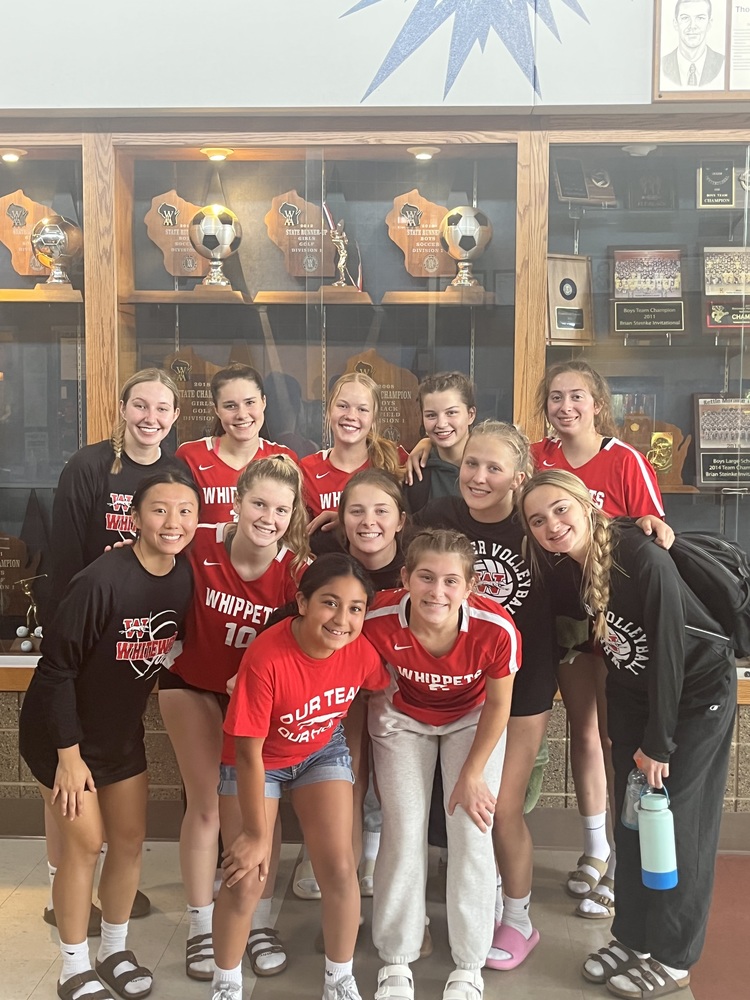 The Whippets faced The Prairie School (Racine) in the first round of pool play and beat them in best of three sets with the scores of 25-8, 22-25, 15-12. This was a battle, and the Whippets came out on top with statistical leaders of Calli Grosinske with 19 assists, Kindyl Kilar and Ella Spear with 3 aces apiece, Kilar with 9 digs, and Kilar with 21 kills.

Up next was another match in pool play where the Whippets battled Newman Catholic (Wausau). This match found the Whippets losing in a two of three-set match with scores of 23-25, 25-23, and 13-15. Statistical leaders for this match included Calli Grosinske and Cali Kopecky with 3 aces apiece. Grosinske finished with a double-double with 19 assists and 28 digs, and Kindyl Kilar also finished with a double-double with 17 kills and 11 digs.

Following pool play, the Whippets were reseeded to 6th place, which placed them in the Gold Bracket playoff (top 8 teams moved here). The Whippets faced a tough Kettle Moraine team and struggled in the first set. They came back in the second set, falling just short with scores of 10-25 and 20-25. Statistical leaders for this match included Kilar with 10 kills, Caleigh Yang with 8 digs, Cali Kopecky with 2 aces, and Calli Grosinske with 12 assists.

The first-round loss in the playoffs left the Whippets playing off for 5th place, facing Appleton East. The Whippets came out dominating and won in two straight sets with scores of 25-21 and 26-24. Statistical leaders included Kindyl Kilar with a double-double with 17 kills, 12 digs, and 2 aces, Caleigh Yang with 17 digs, and Calli Grosinske with 17 assists.

The coaching staff could not be prouder of this squad. Coach Kilar stated, “For us to come out and battle against schools much larger than us and truly come together and compete, was fun to see. We didn’t back down, we persevered through some ups and downs and came out on top in our last match. To place 5th is an absolutely solid accomplishment for our varsity squad.”

Next up is conference play, with the Whippets heading to Brodhead on Tuesday (9/13) followed by a home match (Parents’ Night) against McFarland on Thursday (9/15).