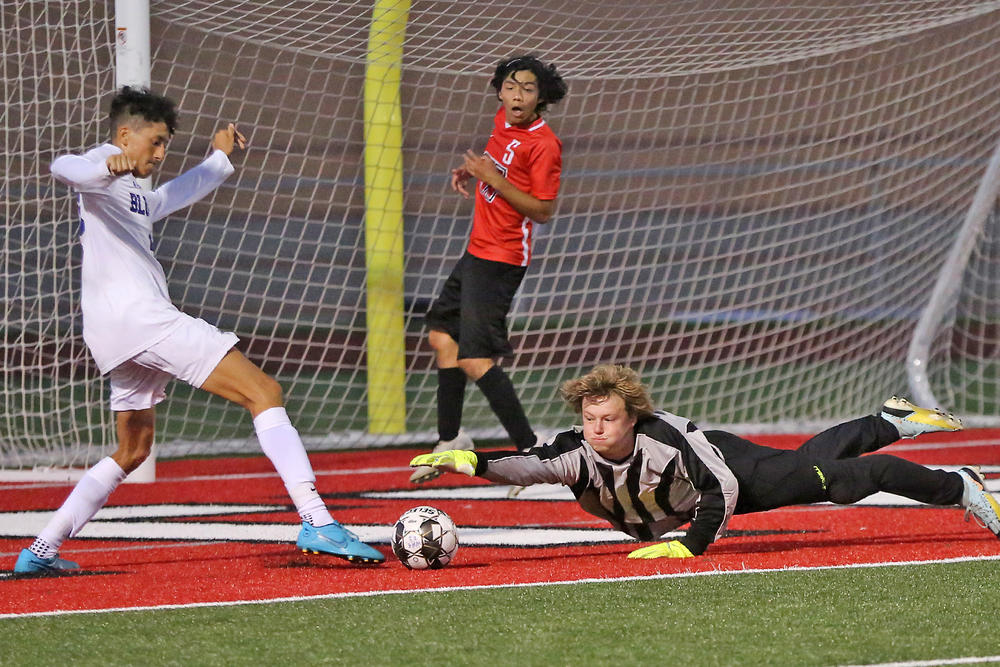 The Whitewater Whippet Boys’ Soccer Team struggled to find their footing in a tough 4-1 loss to Cambridge on Tuesday night, September 13. Cambridge was able to score 4 first half goals against a struggling Whitewater midfield and defense. The second half was an improvement that saw our Whippets fight back for a goal and keep a second half clean sheet. The families of our athletes were honored before the game during the annual “Parent Night” celebration. The team has an away game this coming Thursday at Big Foot Union High before returning home to play East Troy on the 19th.