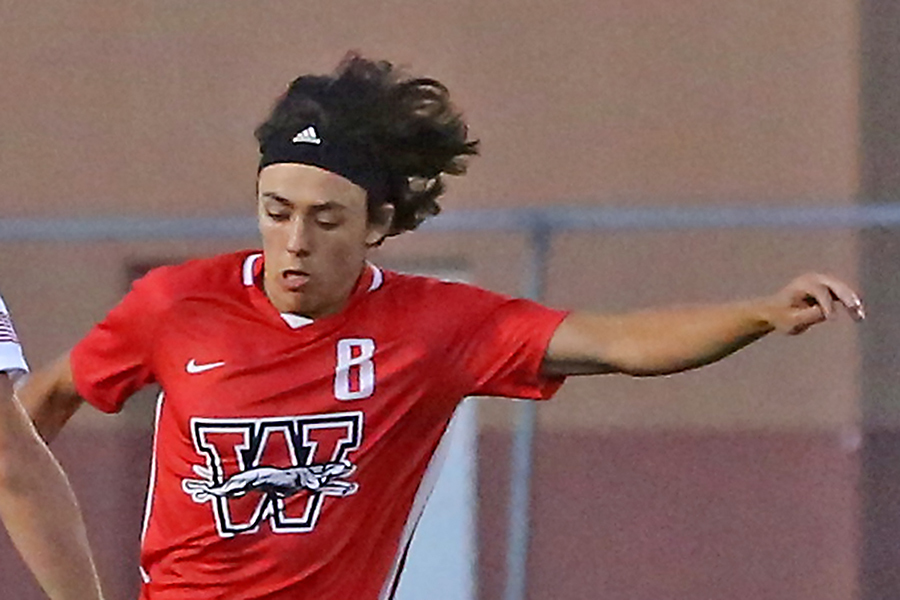 The Whitewater Whippets traveled to Walworth to play against a top 10 state ranked Big Foot soccer program on Thursday, September 15. Big Foot’s leading goal scorer managed to put two early goals past Whitewater’s defense due to some formational confusion. A third goal was scored shortly after albeit through a nearly impossible angle. However, the second half was a totally different story. Whitewater dominated possession, created chances, and had Big Foot pinned in their own defensive third for almost the entire 40 minutes. Ethan Dugan was first to react and after some sustained pressure, managed to put a beautiful ball past Big Foot’s keeper. The Whippets continued to create chances but were unable to convert throughout the remainder of the game. It was a huge improvement and a very confidence building evening for Whitewater. The Whippets play at home vs East Troy on Monday (9/19) and away at Jefferson on Thursday (9/22). File photo courtesy of Bob Mischka.